Carbon !!, Did you know that all living things contain carbon? It’s including you. Human contains 18% percent of carbon. Carbon is a nonmetallic element in the periodic table with the symbol of C. It has the atomic number of 6, which means it has 6 electrons and 4 valence electron. Valence electrons are the outer energy level of an atom.

Carbon Cycle is the cycle of carbon between different living organism on earth and atmosphere, though some processes like photosynthesis, respiration, combustion, and decomposition. During photosynthesis, plants use the sunlight to produce its own food. In Respiration, they are doing the process the releasing gas to the atmosphere. In addition, Combustion is the process of burning fossil fuel. Meanwhile, decomposition is when the dead organisms are broken down by bacteria and fungi. 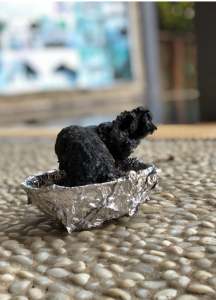 Our experiment is about the Black Snake. First, we’ve put the sand in a bowl. Then, we put the mixture of baking soda and sugar into the bowl and pour some alcohol in some place around the

Bowl and fire the matches and throw into the bowl. Then, the result was that we could see the small black ash in that plate.

This round, in Multimedia/Technology class, we focused on the basic of programming and some conditions. The language of a program that we choose was Python. The majority of the topics in this class were new to me. Before I enroll in this class, I’ve no ideas at all about the basic of Python. But now, I’ve experienced all of those a lot and I like them. The basic that I’ve discovered so far are boolean, comparisons, if elif else statement, not or and, for loop, break/continue statement, rang function, while loop, etc. In addition,

We’ve used a really wonderful website which is codeacademy.com in this class. Throughout the website, we can learn a different language and there’re exercises for us includes some basic lessons, too. Codeboard.io is also one of the websites which we use for running our code assignments and homework assignments.

# Exercise 1: Using the while loop to print the square of all number from 0 to 5.

Example 2: Using a WHILE LOOP, print all even numbers between 0 and 50.

This round the main theme in Literacy class is The Search of Identity. In this theme, we mostly talking about the factor that helps us define who we are, the characters in the novels etc. We’ve also discovered a lot of lesson in Literacy such as metaphor, simile, denotation, connotation, writing poem, story element including discussion. We also read a novel in the group. The title of the book is Wonder. In my opinion, Wonder is one of the best books I’ve read before. The authors have a wonderful style of writing her books to get the readers to visualize her writing clearly. On the other hand, it makes the readers including me easy to understand.

Characters in Wonder  = August, his mom, his dad, Via, Summer, Jackwill, Julian and more.

The jot dots of the most important information from page 1- 65.

One of the other interesting assignments in my class is reading skills. This assignment requires to do once a day or totally in one week. It is an assignment that includes all the skills related to reading that we should have and learn for our future. It includes read and answering questions, inference, fact and opinion, cause and effect, identifying, compare and contrast, etc.

My Where I’ am From Poem:

Basically, this is our third round of the year. In Math class, we’ve started our Primary Mathematics 5B  both in Textbook and Workbook. In addition, this round we were mainly focusing on decimal. We’ve also learned different courses such as add, subtract, multiply and divide decimals. On the other hand, we discovered multiple shortcut ways and rules to solve our problems easily. Small activities, teamwork, discussions have been introduced to us during learning decimal.

x  10 moves the decimal 1 place to the right

Traveling Theather!!!, definitely, the theater that can travel from place to place. It sounds unusual but our exploration and project made it happened once we’ve traveled to some places around Cambodia. Our main goal in this exploration is to showcase performances, educational films, plays like theatre to the rural communities and rural schools in the provinces by providing people with opportunities to watch performances and getting awareness while having entertainment. In this exploration, before we go on trip, we’ve prepared a lot of stuff. We’ve studied about the setting up our stage in different situations depending on the place we are going. Especially,  I am one of the communication crew which I need to contact people in orders to get their place to perform. It was kind of a challenge for us all because we need to contact from one person to one person to get the phone number that we want to have. In addition, we need to write the letters to request them also.

In this trip, we ‘ve been to three places in two provinces. We went to two schools in Takeo and Kampot and a community in Takeo. As our first trip to an elementary school in Takeo, it was a bit challenging for us to perform because the students are too young as our target audiences and they were not really paying attention to us all while performing. Our second place is at the parking lot near the market in a big community. The challenge for us in this place is finding the exact spot to perform. Consequently, this second trip is a successful one. Our third place is a really really wonderful one because the students at the school were enjoying our shows and having fun. This exploration and trip is a really enthusiastic experience for me while I’ve learned a lot of concepts.